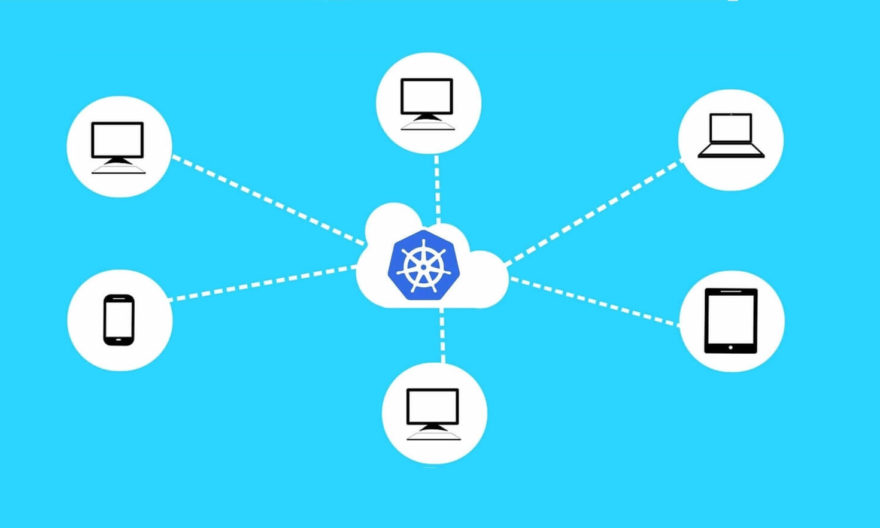 Kubernetes release team announced the v1.19 release last week. The second and longest Kubernetes release of 2020 despite COVID19 and other events. Kubernetes 1.19 introduces various changes and enhancements with its extended-release cycle which emphasizes Kubernetes’ maturity and readiness to deliver. This release consists of a total 34 improvements (10 stable, 15 beta, and 9 alpha). These updates and enhancements include some prominent general availability feature promotions, security upgrades (TLS 1.3 support), and improvements to fix the technological debt. The logo “Accentuate the Paw-sitive” taken as a release theme for Kubernetes v1.19 as it has a positive outlook.

Kubernetes is an open-source container orchestration system that is for automatic application deployment and its management. Kubernetes name came from a Greek word which means pilot or helmsmen. It also pronounced as Kate’s (k8s). Kubernetes is an evolution from Borg (cluster management system). It was originally designed by Google but later on, was handed over to Cloud Native Computing Foundation for its maintenance.

The aim of k8s is to provide its users with automatic deployment and operations of their application containers across a cluster of hosts. Many cloud services like Azure, AWS, IBM, GCP provide Kubernetes based platform or infrastructure as a service. In which the Kubernetes can be deployed and operated as a platform providing service.

The architecture of Kubernetes can be divided into parts/components that handle the management of an individual node and the parts that are included in the control plane. The main components of Kubernetes are : kube-controller-manager, kube-apiserver, kube-schedular, etcd, kubelet and kube-proxy.

The latest Kubernetes release, Kubernetes v1.19, has been regarded as an Accentuate the Paw-sitive by developers and users alike. The developers have put significant effort and hard work to stabilize beta versions by improving it so that the users have a better experience.

Here is list of new features and changes in Kubernetes version 1.19

From Kubernetes version 1.19 onwards, a patch with minor releases for fixing the bug support window will be extended from 9 months to one year.

Earlier, the additional persistent storage is available anywhere in the Kubernetes cluster and has infinite capacity. But until now the pod scheduling was still performed without realizing that the available storage space might not be enough to start a new pod. Storage Capacity Monitoring, a new alpha feature, solves this by adding an API to the CSI driver. They monitor storage space and use that information in the Kubernetes Scheduler when selecting a pod node.

The new generic ephemeral volume alpha function allows any existing storage driver that supports dynamic provisioning to be used as an ephemeral volume with a volume lifecycle attached to the Pod. Read More on it here.

This feature allows CSI Drivers to share irregular volume conditions with Kubernets from the underlying storage systems so that they can be identified as PVC or Pod incidents.

Until 1.19, logging in the Kubernetes control plane did not guarantee a consistent structure for log messages and references to Kubernetes artifacts in those logs. This makes it impossible to incorporate and sustain some analytical approaches based on those logs.

This release of Kubernetes adds new methods to the klog library that include a more organized framework for formatting log messages. This approach allows for the gradual implementation of standardized logging without migrating all Kubernets to a new API at one time.

Since Kubernetes v1.8, the clusters have provided a (beta) mechanism for acquiring the initial certificate / key pair. Moreover, rotating it as the certificate expires. In Kubernetes v1.19, these graduates are too stable.

In v1.19, Ingress graduates at general availability and is present in the v1 APIs for networking. There are some key differences in v1 Ingress objects as part of this milestone including improvements in schema and validation. For instance, the field ‘pathType’ no longer has a default value and has to be set.

Seccomp is a secure facility for limiting system calls that applications can make in the Linux kernel. In 1.19, seccomp graduates to GA with the addition of a new ‘seccompProfile’ area to the securityContext objects pod and container.

Kubernetes 1.19 tackles one of the guidelines arising from last year’s Kubernetes security audit and provides support for new TLS 1.3 ciphers that can be used for Kubernetes.

Running the ‘kubectl alpha debug’ command that is now available in alpha will create and run a new pod that runs inside host OS namespaces and can be used to troubleshoot nodes. This makes it possible for a user to examine a running pod without restarting it and without accessing the container itself.

With this, webhooks on admission can now return non-fatal alerts to request-making API clients. This enhancement is to encourage the identification of problematic API use by users and cluster administrators, including the use of deprecated APIs from clients such as kubectl.

Several older versions of the beta API will not be existing in version 1.19 and will be disabling in version 1.22. We will have a follow-up update as this means that 1.22 will definitely end up being a release for many end-users.

3 medium severity vulnerabilities fixed as a part of v1.19 release.

The Kubernetes comes as a result of the hard work of thousands of contributors, developers, and users around the world who joins together and works together on the system. Kubernetes is driving the transition away for traditional client-server technology by making cloud-native application development simpler, quicker, and better. Kubernetes is surely the next big thing in the cloud-agnostic market.