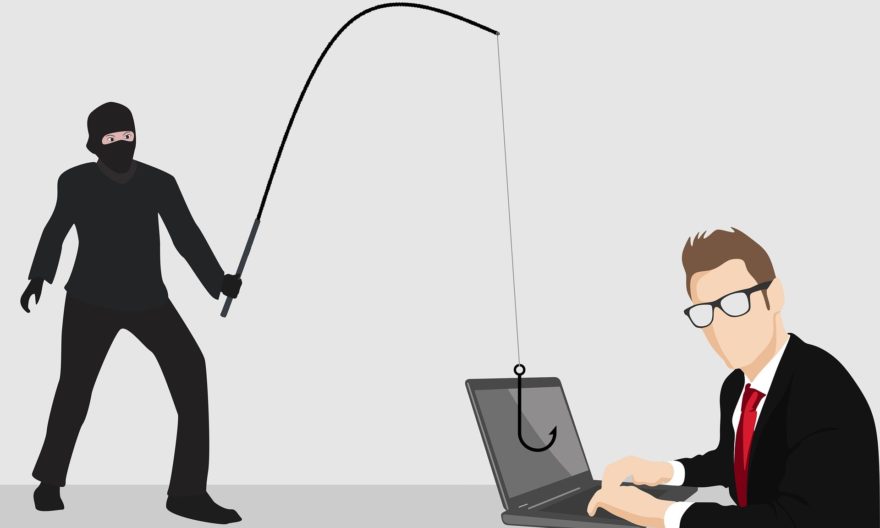 As time passes by, the data breaches will only get more complex and even harder to make your data safe. Data Breaches in 2019 exposed the personal information of billions of people around the world. It is better to get the maximum security possible now and keep adapting as the standards changing than going for all at once when you are the victim.

Data is your digital signature, something that defines you in this digital world. Now, more than ever, data is the most critical asset. Data forms the digital customer for a corporate and more than 95 percent of their business revolve around this formed digital customer and corporates are competing with each other to get most users on their platform and to do so the users need to give some information like email, mobile number, date of birth, etc.

The power that data today posses is imperium. This means it is very much likely to be stolen. criminal hackers, scammers, and fraudsters are growing at dominion rate and these criminal hackers try to crack the security of the web application, server or any of the other platforms and once a loophole is found. These hackers can easily get their hands on any of the data stored by the platform or any service the organization is providing to the customers.

Here is a list of top 10 Data Breaches of 2019 thаt exposed billions of data.

A security researcher named Troy hunt found 87 GB of data, it was the result when several people told him about a MEGA link containing lots of email and password combinations from different platforms. There were more than 2 billion passwords and emails combination found there. He later uploaded all of them on his website. so that people could check if they were exposed or not. There were more than 12 thousand files and they all were taken down immediately. It all happened in January of 2019.

Canva, the graphic design tool, went through a data breach in May 2019. This breach affected more than 139 million users, out of these about 78 million users had their Gmail linked to their Canva account. The data included usernames, email addresses, real names, cities, and passwords. The hacker was found selling the data of 932 million users on the dark web. They were able to stop the attack in the midst and urged users to changed their passwords.

This breach reported on 7th March 2019 by Bob Diachenko. It exposed more than 800 million users without authentication and gave access to 150GB of the database. The data contained the name, email address, phone number, IP addresses, Geolocations, date of birth and gender. However, after 3 days, it was reported the breach was even bigger and affected almost 2 billion users.

The famous multiplayer game Fortnite, that affected more than 200 million users reported by Check Point Researcher on 16th January 2019. It had a cross-site scripting vulnerability and the hacker could buy in-game currency, listen to their microphone, and view their personal account information. The hackers tried to make the user click on a link, and if the users did not click on the link they were safe.

On 21st January 2019, Justine Paine reported that more than 108 million records of bets made that were stored on the Elastic search server. The Server left exposed with personal information, deposits, and withdrawals. The person behind this not revealed yet.

UpGuard Security Researcher reported that Cultura Colectiva, exposed one of their servers, that was containing 540 million records of users’ likes, reactions, facebook ids, account names, etc. This happened in April 2019. To access al this information only a web browser was needed and anyone could view the database without any authentication. The most expensive data leak was seen from facebook in 2018 and ever since facebook is been target of hackers.

In Dec 2019, Security researchers Noam Rotem and Ran Locar of vpnMentor reported a data breach of TrueDialog. This breach exposed more than 1 billion users. The Microsoft Azure database was hit and 604 GB of data was exposed. The included SMS messages, email addresses, message details, etc. As TrueDialog is a communications company the data was sensitive.

In July 2019, the security researchers of vpnMentor, Ran Locar, and Noam Rotem reported an exposed database containing approximately 2 billion users’ information. Orvibo Smart Products owns and stores sensitive data and on this data, various smart homes run and their services depend on it. The data consists of logs made by the IoT devices of various smart homes located in the US, UK, Mexico, France, etc. The data consists of Email addresses, Passwords, Precise Geographical locations, Ip addresses, Scheduling information, etc.

This data breach was of the greatest significance to the US than any of the other breaches that happened in 2019 conducted by Paige Thompson, a Seattle-based software engineer. This affected almost 100 million US citizens and 6 million Canada citizens. The breach took place on 22nd March 2019. She was able to get her hands on 80,000 bank accounts and 140,000 social security numbers. The data ranged back to 2005 and cost the bank 300 million dollars.

If you ask how can you stop these attacks, the answer is that you could not. You can at most restrict the company they are stealing from to not save your data. You can not believe the words of a tech giant or even a small company and end up giving your data or not using their services at all. If there is a data breach, it’s their fault, but you can keep yourself secure using VPN, firewalls, and Anti-viruses.

The common misconception is that security is a myth but that is not all true. However, Absolute security is a myth, and that means you can not be fully secure but you can make it harder to crack your security. Being digitally secure is as important as being physically secure. But generally, people ignore digital security and don’t even realize that they are in trouble until it’s too late.

Worried about your email or personally identifiable information (PII) exposed online or not? Just do a quick search on any search engines like google Have I Been Pwned. you will find tons of sites to verify how many times your Personal Information found online.